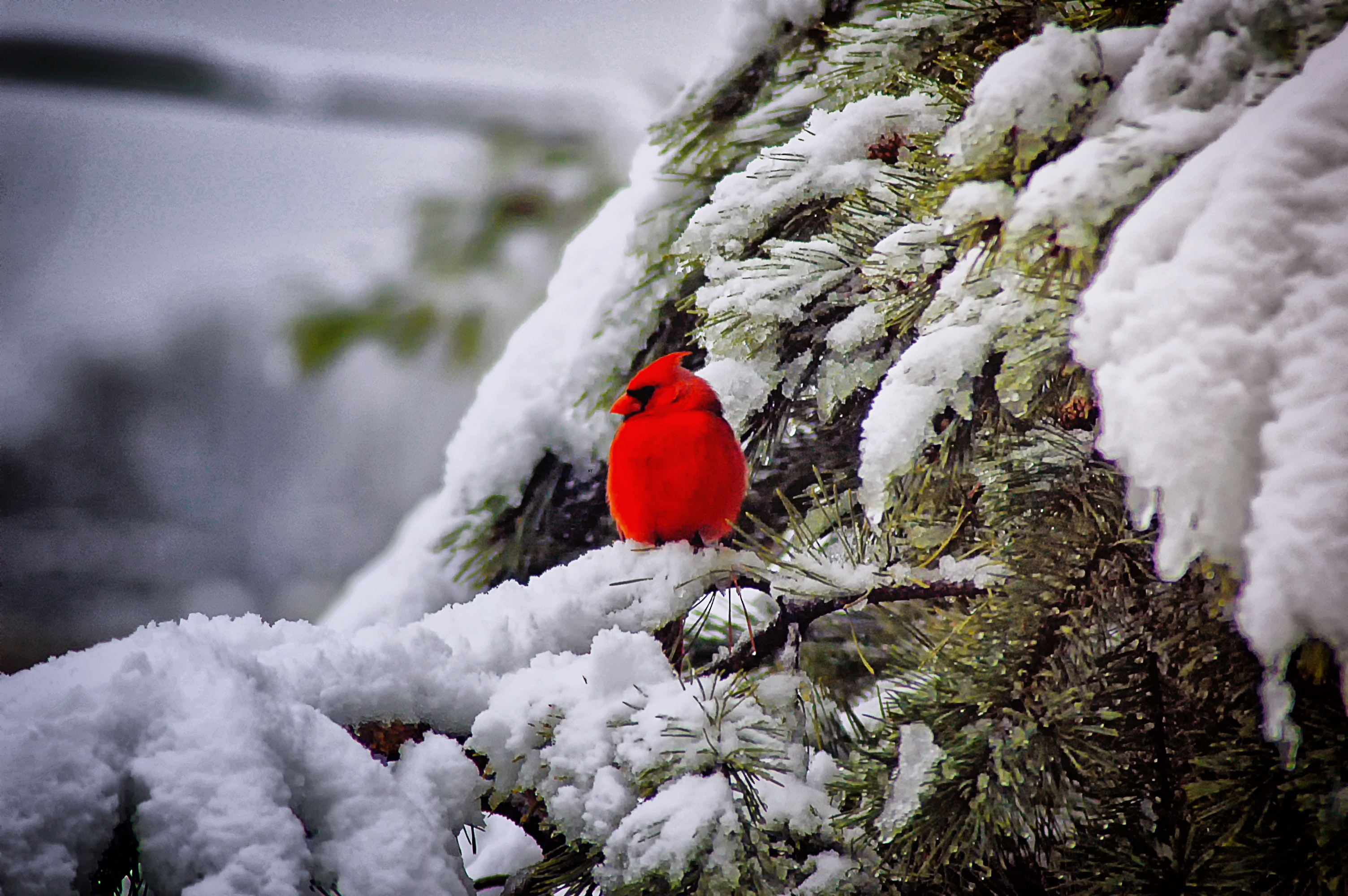 Put out some bird food. The birds will find it and you can enjoy the gift of these creatures

Today’s step is encouraging everyone to take in the world around us. As I watch the outside activity this morning the cardinals and robins appear to be enjoying the fresh blanket of snow in Chicagoland.

Though the birds may actually be at work in their daily tasks, they are certainly not stopped by the obstacle of snow. As we are all experiencing new challenges and fears, let’s pause and be present to the amazing world around us.

I’m not looking for any carbon-fast footprint reduction purpose from today’s action. Rather I’m just taking in the essence of being that “guardian of creation” in the world occurring in this present moment.

For those using the lectionary reading links, you may have noticed the top script from Matthew is not among today’s reading text. Ironically(?) as I was adding the text from Matthew, a Robin hit the window of the room I’m working from. It does happen a few times each year especially in the early Spring when they are exceptionally rambunctious around our home.

The Matthew text though hard for me to practice, often comes to mind when the needs become so great around us as they are right now. To me, this verse calls me to act in assistance to others and move beyond my fears or concerns for tomorrow. In a practical sense, if WE ALL focus completely on the needs of others, we can let go of all of our personal concerns because another has our back.

26Look at the birds in the sky; they do not sow or reap, they gather nothing into barns, yet your heavenly Father feeds them. Are not you more important than they? 27Can any of you by worrying add a single moment to your life-span? 28Why are you anxious about clothes? Learn from the way the wild flowers grow. They do not work or spin. 29But I tell you that not even Solomon in all his splendor was clothed like one of them. 30 If God so clothes the grass of the field, which grows today and is thrown into the oven tomorrow, will he not much more provide for you, O you of little faith? 31So do not worry and say, ‘What are we to eat?’ or ‘What are we to drink?’ or ‘What are we to wear?’ 32All these things the pagans seek. Your heavenly Father knows that you need them all. 33But seek first the kingdom [of God] and his righteousness, and all these things will be given you besides. 34Do not worry about tomorrow; tomorrow will take care of itself. Sufficient for a day is its own evil.

9 That is why judgment is far from usand justice does not reach us.We look for light, but there is darkness;for brightness, and we walk in gloom!10Like those who are blind we grope along the wall,like people without eyes we feel our way.We stumble at midday as if at twilight,among the vigorous, we are like the dead.11Like bears we all growl,like doves we moan without ceasing.We cry out for justice, but it is not there;for salvation, but it is far from us.12For our transgressions before you are many,our sins bear witness against us.Our transgressions are present to us,and our crimes we acknowledge:13Transgressing, and denying the LORD,turning back from following our God,Planning fraud and treachery,uttering lying words conceived in the heart.14Judgment is turned away,and justice stands far off;For truth stumbles in the public square,and uprightness cannot enter.15Fidelity is lacking,and whoever turns from evil is despoiled.The LORD saw this, and was aggrievedthat there was no justice.16He saw that there was no one,was appalled that there was none to intervene;Then his own arm brought about the victory,and his justice sustained him.17He put on justice as his breastplate,victory as a helmet on his head;He clothed himself with garments of vengeance,wrapped himself in a mantle of zeal.18According to their deeds he repays his enemiesand requites his foes with wrath;to the coastlands he renders recompense.19Those in the west shall fear the name of the LORD,and those in the east, his glory,Coming like a pent-up streamdriven on by the breath of the LORD.

Acts of the Apostles 9

1 Now Saul, still breathing murderous threats against the disciples of the Lord, went to the high priest 2and asked him for letters to the synagogues in Damascus, that, if he should find any men or women who belonged to the Way, he might bring them back to Jerusalem in chains. 3On his journey, as he was nearing Damascus, a light from the sky suddenly flashed around him. 4He fell to the ground and heard a voice saying to him, “Saul, Saul, why are you persecuting me?” 5He said, “Who are you, sir?” The reply came, “I am Jesus, whom you are persecuting. 6Now get up and go into the city and you will be told what you must do.” 7The men who were traveling with him stood speechless, for they heard the voice but could see no one. 8Saul got up from the ground, but when he opened his eyes he could see nothing; so they led him by the hand and brought him to Damascus. 9For three days he was unable to see, and he neither ate nor drank.10 There was a disciple in Damascus named Ananias, and the Lord said to him in a vision, “Ananias.” He answered, “Here I am, Lord.” 11The Lord said to him, “Get up and go to the street called Straight and ask at the house of Judas for a man from Tarsus named Saul. He is there praying, 12and [in a vision] he has seen a man named Ananias come in and lay [his] hands on him, that he may regain his sight.” 13But Ananias replied, “Lord, I have heard from many sources about this man, what evil things he has done to your holy ones in Jerusalem. 14And here he has authority from the chief priests to imprison all who call upon your name.” 15But the Lord said to him, “Go, for this man is a chosen instrument of mine to carry my name before Gentiles, kings, and Israelites, 16and I will show him what he will have to suffer for my name.” 17So Ananias went and entered the house; laying his hands on him, he said, “Saul, my brother, the Lord has sent me, Jesus who appeared to you on the way by which you came, that you may regain your sight and be filled with the holy Spirit.” 18Immediately things like scales fell from his eyes and he regained his sight. He got up and was baptized, 19and when he had eaten, he recovered his strength.He stayed some days with the disciples in Damascus, 20and he began at once to proclaim Jesus in the synagogues, that he is the Son of God.

1Hallelujah!2Praise the LORD, my soul;I will praise the LORD all my life,sing praise to my God while I live.3Put no trust in princes,in children of Adam powerless to save.4Who breathing his last, returns to the earth;that day all his planning comes to nothing.5Blessed the one whose help is the God of Jacob,whose hope is in the LORD, his God,6The maker of heaven and earth,the seas and all that is in them,Who keeps faith forever,7secures justice for the oppressed,who gives bread to the hungry.The LORD sets prisoners free;8the LORD gives sight to the blind.The LORD raises up those who are bowed down;the LORD loves the righteous.9The LORD protects the resident alien,comes to the aid of the orphan and the widow,but thwarts the way of the wicked.10The LORD shall reign forever,your God, Zion, through all generations!Hallelujah! 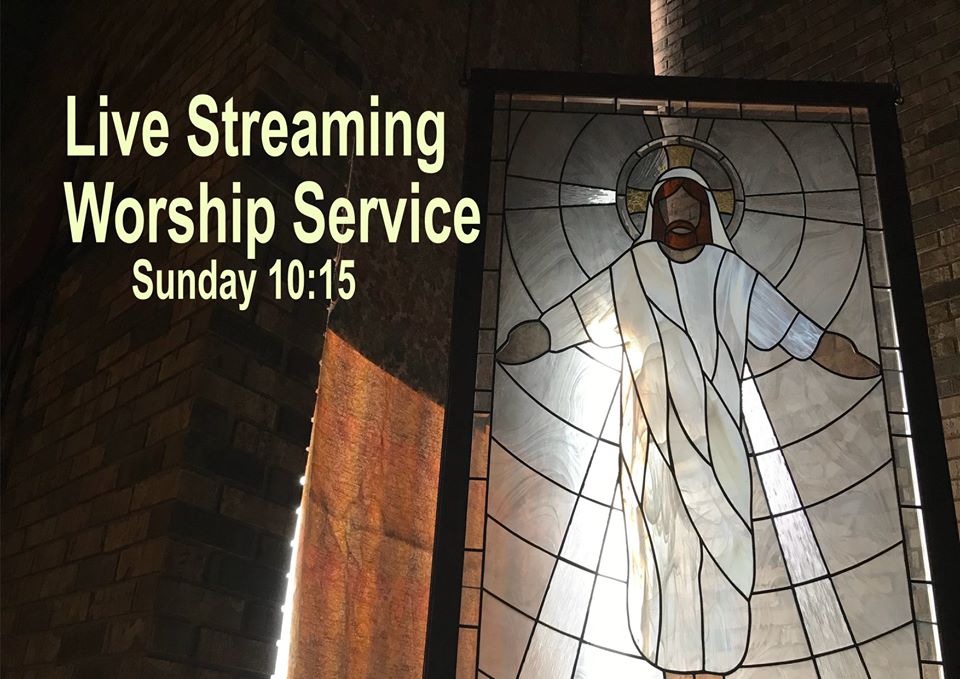 Spirit of the Living God fall afresh on me Melt me, mold me, fill me, use me Spirit of the…