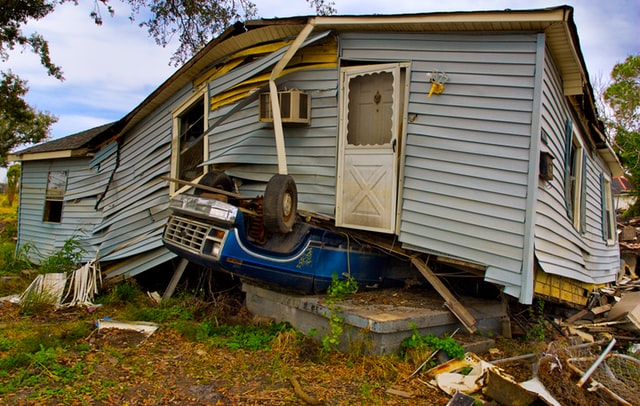 Much of the world’s poor live in low-lying costal regions or sea islands and have been already dealing with the many challenges of climate change. Additionally, many of the poor directly farm for their sustenance.

Forecasts predict coastal regions such as these, home to 200 million, will be permanently inundated by high-tide within the next 80 years.Storms with growing frequency and strength are already displacing many each year. Additional displacement is occurring due to drought and loss of arable land.

The video below is from a November 2019 Mercy Corp post and concisely sums up the key elements of climate change along with a stark reminder of those most at risk to these devastating effects.

1The hand of the LORD came upon me, and he led me out in the spirit of the LORD and set me in the center of the broad valley. It was filled with bones. 2He made me walk among them in every direction. So many lay on the surface of the valley! How dry they were! 3He asked me: Son of man, can these bones come back to life? “Lord GOD,” I answered, “you alone know that.” 4Then he said to me: Prophesy over these bones, and say to them: Dry bones, hear the word of the LORD! 5Thus says the Lord GOD to these bones: Listen! I will make breath enter you so you may come to life. 6I will put sinews on you, make flesh grow over you, cover you with skin, and put breath into you so you may come to life. Then you shall know that I am the LORD. 7I prophesied as I had been commanded. A sound started up, as I was prophesying, rattling like thunder. The bones came together, bone joining to bone. 8As I watched, sinews appeared on them, flesh grew over them, skin covered them on top, but there was no breath in them. 9Then he said to me: Prophesy to the breath, prophesy, son of man! Say to the breath: Thus says the Lord GOD: From the four winds come, O breath, and breathe into these slain that they may come to life. 10I prophesied as he commanded me, and the breath entered them; they came to life and stood on their feet, a vast army. 11He said to me: Son of man, these bones are the whole house of Israel! They are saying, “Our bones are dried up, our hope is lost, and we are cut off.” 12Therefore, prophesy and say to them: Thus says the Lord GOD: Look! I am going to open your graves; I will make you come up out of your graves, my people, and bring you back to the land of Israel. 13You shall know that I am the LORD, when I open your graves and make you come up out of them, my people! 14I will put my spirit in you that you may come to life, and I will settle you in your land. Then you shall know that I am the LORD. I have spoken; I will do it—oracle of the LORD.

1Now a man was ill, Lazarus from Bethany, the village of Mary and her sister Martha. 2Mary was the one who had anointed the Lord with perfumed oil and dried his feet with her hair; it was her brother Lazarus who was ill. 3So the sisters sent word to him, saying, “Master, the one you love is ill.” 4When Jesus heard this he said, “This illness is not to end in death, but is for the glory of God, that the Son of God may be glorified through it.” 5Now Jesus loved Martha and her sister and Lazarus. 6So when he heard that he was ill, he remained for two days in the place where he was. 7Then after this he said to his disciples, “Let us go back to Judea.” 8The disciples said to him, “Rabbi, the Jews were just trying to stone you, and you want to go back there?” 9Jesus answered, “Are there not twelve hours in a day? If one walks during the day, he does not stumble, because he sees the light of this world. 10But if one walks at night, he stumbles, because the light is not in him.” 11He said this, and then told them, “Our friend Lazarus is asleep, but I am going to awaken him.” 12So the disciples said to him, “Master, if he is asleep, he will be saved.” 13But Jesus was talking about his death, while they thought that he meant ordinary sleep. 14So then Jesus said to them clearly, “Lazarus has died. 15And I am glad for you that I was not there, that you may believe. Let us go to him.” 16So Thomas, called Didymus, said to his fellow disciples, “Let us also go to die with him.”17When Jesus arrived, he found that Lazarus had already been in the tomb for four days. 18Now Bethany was near Jerusalem, only about two miles away. 19And many of the Jews had come to Martha and Mary to comfort them about their brother. 20When Martha heard that Jesus was coming, she went to meet him; but Mary sat at home. 21Martha said to Jesus, “Lord, if you had been here, my brother would not have died. 22[But] even now I know that whatever you ask of God, God will give you.” 23Jesus said to her, “Your brother will rise.” 24Martha said to him, “I know he will rise, in the resurrection on the last day.” 25Jesus told her, “I am the resurrection and the life; whoever believes in me, even if he dies, will live, 26and everyone who lives and believes in me will never die. Do you believe this?” 27 She said to him, “Yes, Lord. I have come to believe that you are the Messiah, the Son of God, the one who is coming into the world.”28When she had said this, she went and called her sister Mary secretly, saying, “The teacher is here and is asking for you.” 29As soon as she heard this, she rose quickly and went to him. 30For Jesus had not yet come into the village, but was still where Martha had met him. 31So when the Jews who were with her in the house comforting her saw Mary get up quickly and go out, they followed her, presuming that she was going to the tomb to weep there. 32When Mary came to where Jesus was and saw him, she fell at his feet and said to him, “Lord, if you had been here, my brother would not have died.” 33When Jesus saw her weeping and the Jews who had come with her weeping, he became perturbed and deeply troubled, 34and said, “Where have you laid him?” They said to him, “Sir, come and see.” 35And Jesus wept. 36So the Jews said, “See how he loved him.” 37But some of them said, “Could not the one who opened the eyes of the blind man have done something so that this man would not have died?”38So Jesus, perturbed again, came to the tomb. It was a cave, and a stone lay across it. 39Jesus said, “Take away the stone.” Martha, the dead man’s sister, said to him, “Lord, by now there will be a stench; he has been dead for four days.” 40Jesus said to her, “Did I not tell you that if you believe you will see the glory of God?” 41So they took away the stone. And Jesus raised his eyes and said, “Father, I thank you for hearing me. 42I know that you always hear me; but because of the crowd here I have said this, that they may believe that you sent me.” 43And when he had said this, he cried out in a loud voice, “Lazarus, come out!” 44The dead man came out, tied hand and foot with burial bands, and his face was wrapped in a cloth. So Jesus said to them, “Untie him and let him go.”45Now many of the Jews who had come to Mary and seen what he had done began to believe in him.